You are here: Home | Latest News | How Do Your Traits Contribute to Your Job Success?

How Do Your Traits Contribute to Your Job Success? 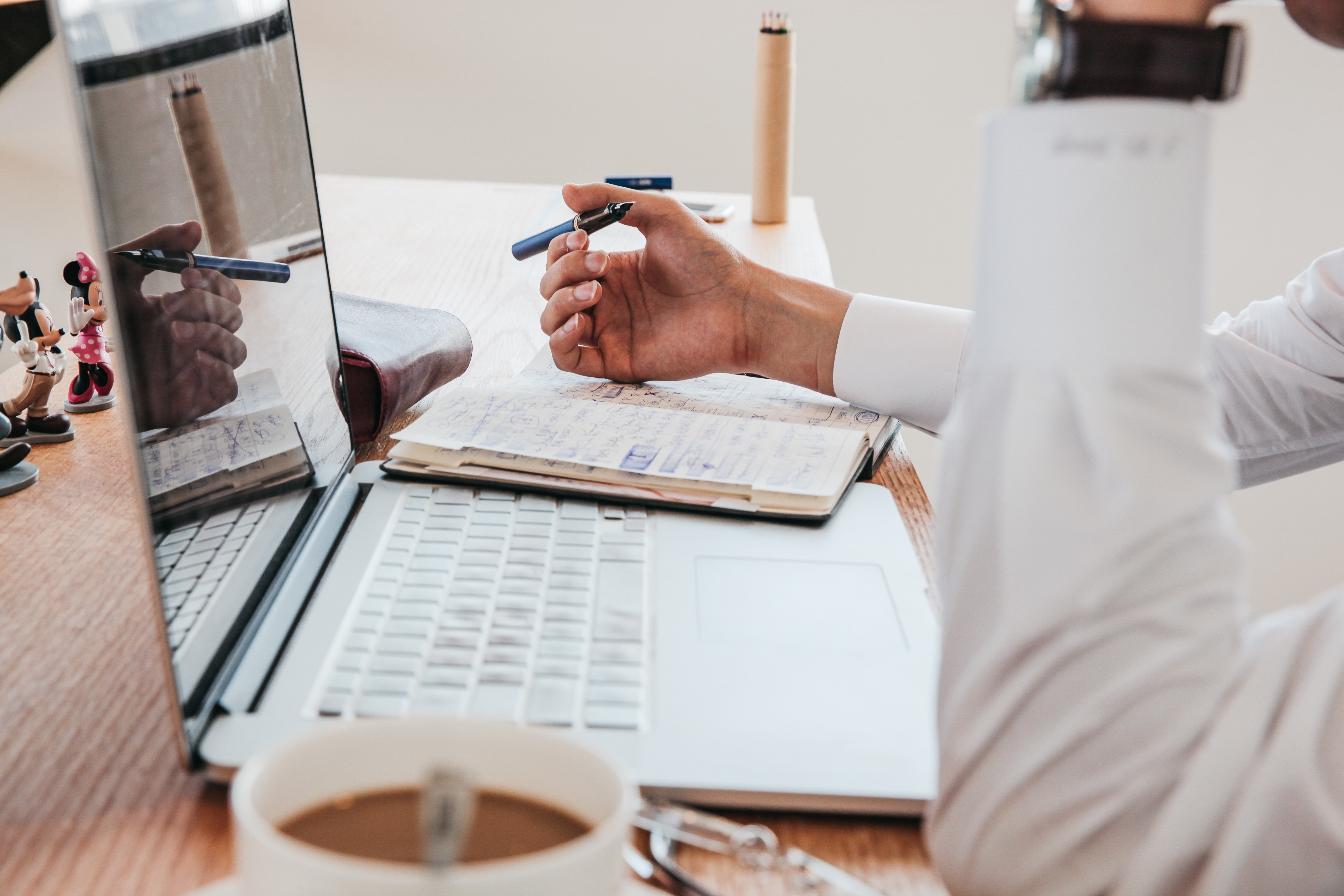 Every professional role requires certain behavioral traits in employees for success. The job success traits required depend upon the position. For an employee to be successful in the role, they must possess the traits that create job success and fit into the company culture. Most employers try to determine whether a potential new hire has the necessary traits through interviewing . To assess the traits, you need an assessment system that reveals savvy insight into human behavior.

The problem with most assessments is that they rely on a traditional “bipolar” measurement approach. The bipolar approach assumes an either/or relationship between two opposing traits, such as whether a candidate is Diplomatic or Frank. When you place Diplomatic and Frank on opposite ends of the same scale, the bipolar approach assumes that the more Diplomatic you are, the less Frank you are, and vice versa. This assumption isn’t necessarily correct. You can be both Frank and  Diplomatic, or neither. 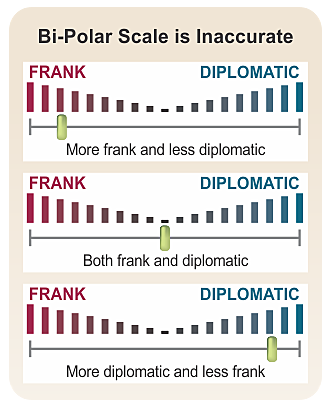 The bipolar method of most assessments tries to overcome potential cheating by forcing people to choose between two complementary positive traits. This could give the false results that the candidate appears to be in the middle.

For example, I have a client that is hiring a Marketing Manager.  She needs to hire someone who is a good communicator. She has two candidates: Doug and Cheryl. When measured on a bipolar scale, both appear to be in the middle, which incorrectly indicates that they are balanced in communication. This indicates they are both potentially good candidates for job success.

Harrison Assessments (HA) takes a different approach. HA measures each of the complementary traits independently. When 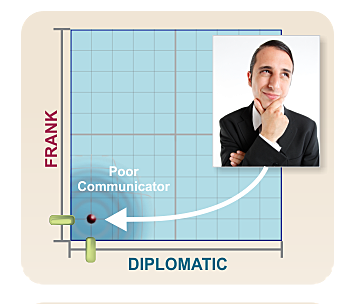 measured on HA’s paradox scale, a different picture emerges. It is clear that Doug lacks both Frankness and Diplomacy, and is a poor communicator.

On the other hand, it shows that Cheryl is both Frank and Diplomatic, and is an excellent communicator. The traditional bipolar approach only provides a superficial and often inaccurate view of communication style. It fails to identify the behavioral issues that are critical to job success. HA’s Paradox Technology™ provides this vital missing piece and 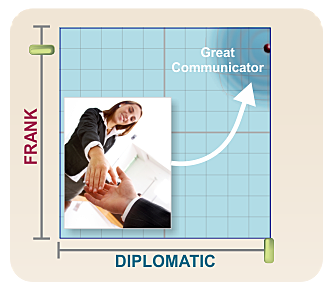 prevents deception. It’s extremely effective at identifying negative traits because it’s based on the principle that each trait has the potential to be either production or counter-productive, depending on other balancing traits.

For example, you might consider Frankness to be a positive trait. However, if it’s not combined with Diplomacy, it actually becomes Bluntness, which can be counter-productive. We’ve all known someone who says things in an abrasive or outright offensive manner. What they say may be helpful, but people can’t get past the way it was said to actually put it to good use. This could be a serious block to job success.

On the other hand, Diplomacy is usually considered a positive trait, too. But without Frankness, it can become evasive, which is counter-productive.  Paradox Technology™  analyzes and determines a broad spectrum of potential counter-productive traits. This is important because negative traits usually account for 60-75% of the factors that determine job success.

Have you ever interviewed someone who seemed perfect for a position, but turned out to be a disappointment once hired? Do you think a better assessment tool would have helped prevent it?