You are here: Home | Latest News | The Case of the Overbearing Boss

The Case of the Overbearing Boss

Welcome to week three of looking at leadership paradoxes!  Click here for past articles. This week we are focusing on the Delegation Paradox. 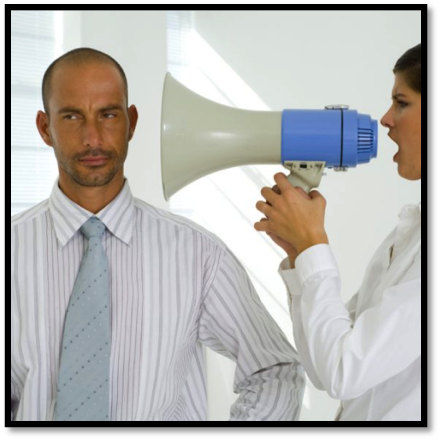 A manager, Joe, sought my help with improving his team’s performance. During our first consultation, I asked him to tell me about the problems he was having.

“You know, I just don’t understand it,” he said. “I made sure to select smart, capable people for my team, but they just don’t seem to be able to take direction. We need some team-building help because they compete with each other and don’t work together as a team. Nothing ever gets resolved.”

After further discussion and some work with Harrison Assessments (HA), we discovered that Joe didn’t actually need team building for his group. The real problem was Joe’s decision-making style determined by HA’s Delegation Paradox.

What is the Delegation Paradox?

The Delegation Paradox refers to decision-making styles and centers on two traits, the Authoritative trait and the Collaborative trait.

The Authoritative trait consists of a person’s desire for decision-making authority and the willingness to accept decision-making responsibility. Not only do they accept the duty of making decisions, they also accept accountability for the consequences, both good and bad.

The Collaborative trait refers to the tendency to collaborate with others when making decisions. The best use of this trait promotes strong team engagement, ownership of decisions, and good quality decisions. Successful leaders have a balance between these two traits.

People often lean too far toward one trait or the other. We’ve all know people who like to make decisions but aren’t willing to take the 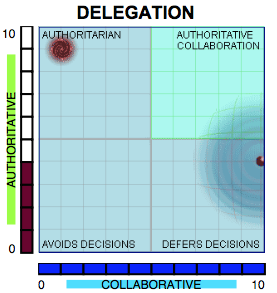 responsibility for the consequences, especially negative ones. They like to take credit but are quick to shift blame. They don’t seek input from others when making decisions. Instead, they have a “my way or the highway” approach to decision-making. These people fall on the Authoritarian side of the Delegation Paradox and tend to make weaker decisions. They fail to inspire engagement and teamwork between team members.

On the other hand, too much of the Collaborative trait can inhibit decision-making, as well. Running around trying to get too much input and overdoing consensus-building results in a lack of accountability and a general lack of direction. Unresolved problems amplify to even bigger problems and indecision negatively affects teamwork. Avoiding or constantly deferring making decisions undermines teams as surely as a too-Authoritarian approach.

Joe’s problem was that he was too high in the Authoritative trait and too low in the Collaborative trait. With the best intentions to prevent stress and protect his team, he was making decisions without consulting with them. The unwanted consequences were that he was hindering innovation and creativity. As Joe said, he built a team of smart and capable people. When they felt like they had no input, they became disengaged. Teamwork suffered because they were destructively competitive with each other instead of working together.

With coaching, Joe has been making more of an effort to get the appropriate input from his team. His decisions are better-informed and the team feels energized, working together better to solve problems. They even received special recognition for an innovative solution to an on-going issue the organization was having in the on-boarding process.